EastPole said…
@Arzya “you are the victim of propaganda (aka PIE „reconstruction” and sound „laws”)”.

Not only he. There are problems with defining Proto-Indo-European. The most logical definition would be: it is the proto-language which links India and Europe. There is only one language which fits this definition. It is Indo-Slavic, i.e. the language from which Baltic, Slavic and Indo-Iranian languages originated and were spoken in India and Europe. This language correlates well with R1a-Z645 expansion. Germanic tribes didn’t have contacts with Indo-Iranians. They had contacts with Slavs, but Germanic scholars don’t want to admit it.

Listen to what top Germanic scholar Guus Kroonen is saying:

“Slavs were barbarians to Germanic people…You don’t borrow from barbarians, that’s the rule.”

This is why proto-Germanic is based on some BS reconstructions from some BS PIE language which never existed and never was spoken by anybody.
March 1, 2017 at 12:07 PM

Back in 2015, Allentoft et al. published four Afanasievo genomes that finally confirmed beyond any doubt that the enigmatic Afanasievo people were migrants to the Altai region from Eastern Europe.

However, all four samples came from female remains, which left us wondering about the Y-haplogroup composition of the Afanasievo population. As it turns out, a French study from 2014 found that three Afanasievo individuals belonged to R1b, with two classified as R1b-M269 (see here). 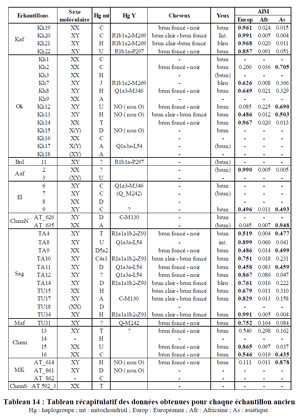 There’s nothing remarkable (???!!! Dawidski nagle zgłupiał, albo nie chce przyznać, że to jest bardzo ważne???!!!) about this, considering that the above mentioned four Afanasievo samples look essentially identical to M269-rich eastern Yamnaya samples from Kalmykia and Samara in terms of genome-wide genetic structure (for instance, see here). But it’s a useful bit of info that has somehow eluded us all until now. Thanks to Kristiina for the find

EastPole said…
Yamnaya was exclusively R1b, now we see the same with Afanasievo – only R1b. This suggests that as early as 3500 BC or earlier there were two distinct groups on the steppe, R1b and R1a dominated, which didn’t mix because probably spoke very different languages, had different religions and cultures.
March 1, 2017 at 3:56 AM

Davidski said…
Yamnaya was exclusively R1b. Might be useful not to get too dogmatic about this, until we see samples from more western Yamnaya sites, especially in what was Dnieper-Donets territory, where Neolithic R1a has already been found.
March 1, 2017 at 4:15 AM END_OF_DOCUMENT_TOKEN_TO_BE_REPLACED