Now the unvaxx’d are being told they should have „said something”. But we did. And we were cancelled, silenced, ridiculed.

Ava
Those for “it” were angry and hostile to us just for not taking it and didn’t want to hear any reasons why. The reasons were met with indignation and anger at the thought that we might believe something outside the fairytale being pushed. I even had a friend from childhood say she didn’t care if those who didn’t take it fell down and died. Without her saying it, I knew that included me. Last year, I walked away from this friend who was like a sister. That’s the ultimate evil to wish that on others while I continue to pray for the inoculated. Character was revealed. I don’t need their forgiveness. They need mine.

Denise Devoto
Lots of them wished death on us. Now they are blaming us for not saying anything, when we actually did try to warn them. This is narcissistic behavior at its finest.

Cary Cameron
When the shots first came out, I sent out an email to friends about my concerns and provided information that showed it was not what the media and gov was telling us it was. I was a nurse for many years and I saw a lot about this shot that I did not trust. I had a friend email me back telling me that the information i sent was just my opinion and that I should not contact her again. She did not want to hear it. So sad. Part of me grieves for her and others like her, and part of me says „You made your bed, lie in it” .

Nameymcnameface
I warned my family and friends nearly three years ago. No one listened, some are now quite sick. I was told I don’t deserve medical care if i got sick. I will never forgive what has been done to me.

chris daly
I tried and failed miserably. I was laughed at, ridiculed and fired from my job. My conscience is clear.

Puiz Vix
We were belittled, victimized, bullied excluded, sensored, regard as selfish and dangerous . We even lost family and friends due to our decision. Novak was a perfect example of this. I am a proud and happy pure blood, I celebrate my freedom, I celebrate my strength, I celebrate all my other loony conspiracy theorist friends. The strong ones, those who stood tall, those who had to take unimaginable abuse, those brave ones that were regarded as the the number 1 enemy of the masses. Salute!!!!

Charles McKinley
The loss of negative people is a positive.

Mr Blanco
The very fact that you can’t even say the key words without censorship shows how hard it is to communicate the concerns everybody had. The social platforms are the ones with blood on their hands

LAT
And laws being passed across the world to make alternative views not just censored but illegal.

Andy Trilford
If you speak the truth you are ridiculed… but at least in a decade there will only be truth speakers to talk to. 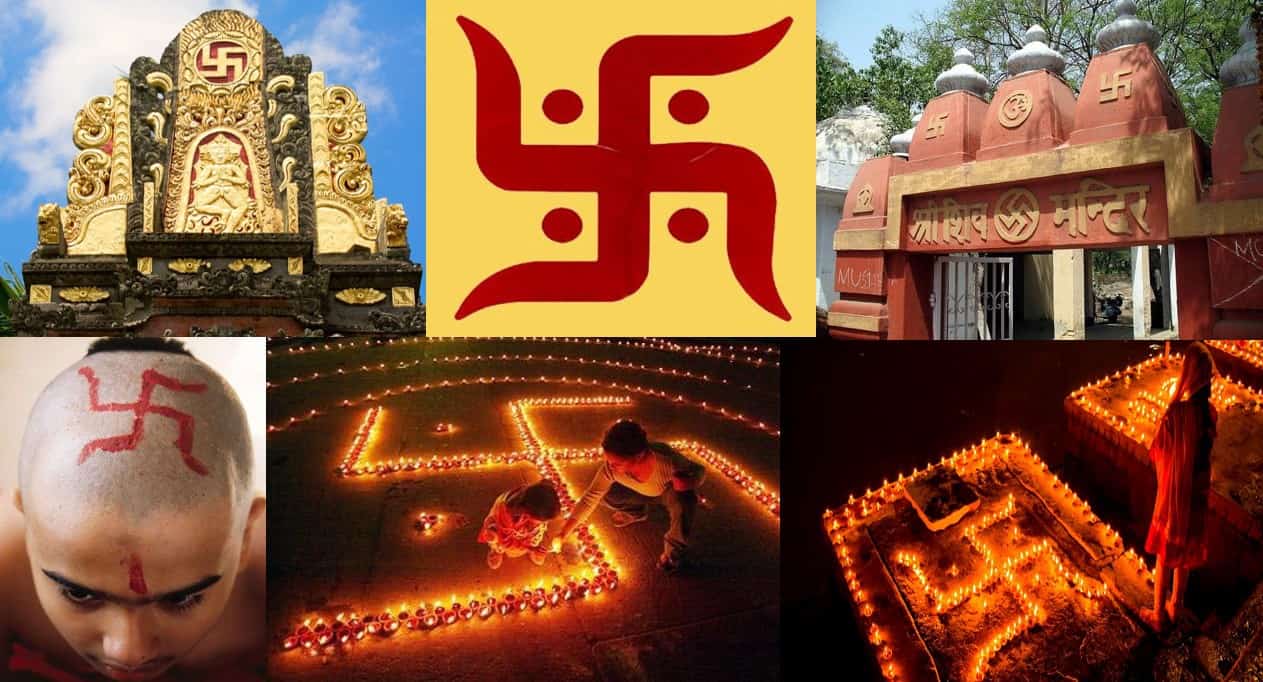 Hindus use Swastika in various aspects of life

On a late June afternoon, I received a WhatsApp message that the State of New York was considering a bill that would mandate that the Swastika be taught as a symbol of hatred and intolerance in all New York schools.

(Note: As of July 2020, the bill has been stalled due to widespread outrage among Hindu, Buddhist, Jain and other communities due to the deeply religious significance of the Swastika in these traditions). Naturally, the Swastika and its equivalents hold immense sacred significance for Hindus, Buddhists, Jains, Native Americans, and many other cultures, and are thousands of years old. As a Hindu, I cannot imagine life without sacred symbols like Om, Swastika, Trishul, Tilak, and others. They form a deep connection through which we express our identities while connecting with the Divine. Each has its unique place in Hindu symbolism and practices.

Undoubtedly, educating students about hatred, racism and bigotry is essential. This is even more urgent, given the recent increase in hate crimes against Jewish and African American communities. Incidents of Neo-Nazi emblems being graffitied outside Jewish homes and synagogues, often accompanied by horrific acts of violence by hate groups have seen an alarming increase. Hindus and Sikhs have also been targets of of Neo-Nazis and those who support Nazi ideology.

Yet, the important work of fighting bigotry and racism must not inadvertently stoke resentment against other religious minorities. This was the  Hindu community’s concern about including the Swastika as a hate symbol in the New York bill without proper context.  END_OF_DOCUMENT_TOKEN_TO_BE_REPLACED 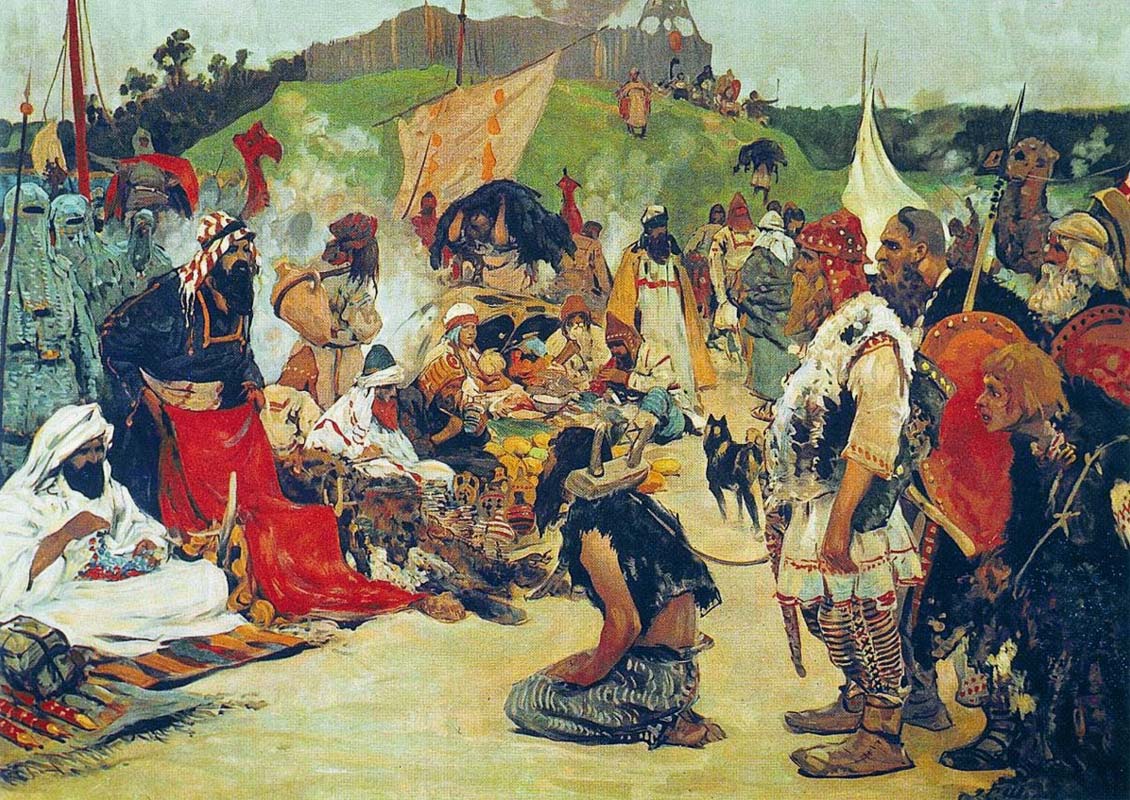 Cheating Death Customs
And again, NOTHING will be done about it…It’s sickening.

always pro choice
Because its all lies generated by faux.

Free Gedanken zur Baukunst
Fauci served the American public health sector in various capacities for more than 50 years, and has acted as an advisor to every U.S. president since Ronald Reagan . Rep & Dems are both guilty

PW
And Biden has always been rubbing elbows with China…hmmmm…

Rockinghorse Winner
Next shoe to drop: Chinese ownership stakes in American media…influencing how they report.

Stan Jay
Let’s hope you’re right. We have no free press. It’s bought and payed for by foreign interests. Not sure if it China. But it’s definitely not american.

Becky Patrick
China owns the USA! Not just media. We’re Trillions in debt to China and the Biden’s are making backhand deals with them! There’s no surprise that Biden didn’t campaign, he already knew the stage had been set! We’re in the darkest times I’ve ever seen for Americans with forces coming at us from within & outside our borders and internationally.

The Biden administration is defending Anthony Fauci even as his role in funding research in Wuhan is exposed and “his cover-up unravels,” reports Sky News host Sharri Markson. “To look at the bigger picture, here’s what’s emerging, the United States funded highly dangerous coronavirus research – that was once banned – at the Wuhan Institute of Virology,” Ms Markson said. “That research involved creating new deadly viruses that never existed before.” Ms Markson said a “scandal” was unravelling which has seen not just China – but also Fauci and US agencies – covering up information about the origins of COVID-19.

They Live We Sleep
If they don’t arrest him and Gates the American people will come for them.

Mactrip100
This is a horror story Laura, thank you for posting.

Kit
This is genuinely scary.

J Peterson
Yikes. Incredibly concerning if they won’t even tell you why they locked you out and you’re told you were doing things well on review. Holy crap.

Heidi Elle
That sounds like an absolute nightmare. This is the world we live in now. As an older person who has lived in a rational society this madness is terrifying.

Kristin j.r.
They’ve been doing this to the Chinese people for years now. They even deduct government fines straight from their accounts. They shut down citizens’ travel documents. They imprison people without trial. The whole world governments want to be like China.

Joel Pacheco
The UK is easily the least free country in the Western world. Why did the British allow this? No freedom of speech.,.no freedom of expression, now freedom of the press. The UK is a sad joke.

seeking something
The thing is, she’s a minnow at the moment, this seems all to easy to do to somebody. You really don’t know just how little freedom you have until you are public about your beliefs.

glen belson
All of the pieces are coming together! Not conspiracy theories- fact. END_OF_DOCUMENT_TOKEN_TO_BE_REPLACED